Moose’s (aka Boss) Trip to Rehab 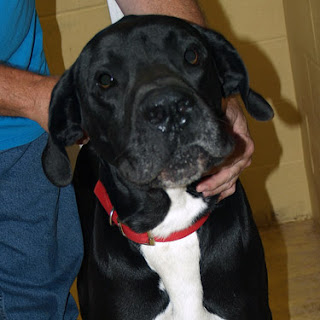 Part 1 The Story
This is Boss/Moose, this awesome boy has had a rough start. He was a stray when he came into the SPCA, with no where else to go. We took him in and got him UTD on vaccinations, heart worm tested, parasite control inside and out, and neuter…ed him. He went to his first family and it was discovered he really liked the cat! And not to play with. So the owner placed him in a temporary foster situation. His second home had another Great Dane Male and they were constantly battling for the Alpha position. When Boss/Moose came back here it was obvious he had lost the battle but was not willing to wave the white flag. Dr. League from Wheatland Animal Clinic was here that day and used 24 stitches to repair the rip to his soft pallet. Boss/Moose has since became more and more cage aggressive with the other Dogs. Unfortunately our kenneling situation is not a long term solution for a 125 dog. I tell this story so you will understand our need. We have found a Great Dane Rescue who is willing to take Boss/Moose for free! Now we need to get him there. Cathy Benge is willing to drive him there, and we are trying to raise funds to help along the way. We are hoping to raise $400.00 to help with 2 nights hotel and Gas. All donations are tax deductible. If you can we would appreciate your assistance in getting Boss/Moose to the Great Dane Rescue Midwest in Woodstock Illinois. They do an awesome job of rehabilitating Danes with behavior quirks. Check them out online!
Part 2 The Trip is a Go
I am so grateful to those who contributed to his trip. Thanks to those of you who did his entire trip is covered with the exception of $135.00. The Enid SPCA is very thankful. If not for those who support what we do this trip would not be possible. Dr. League we are all so grateful that you were there to stitch him up and get him back on his feet so that he could make this trip. 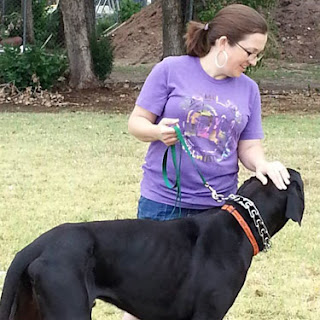 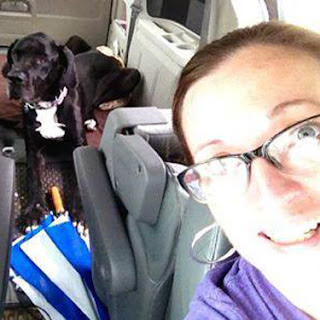 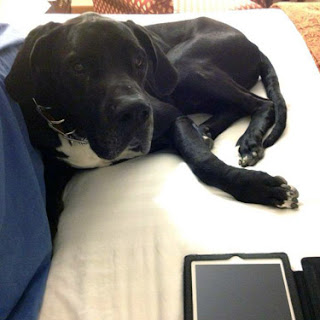 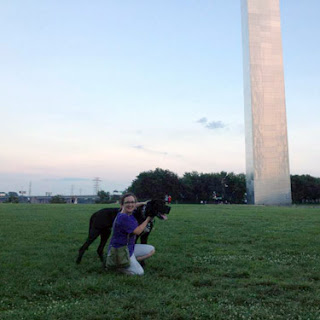 Part 3 Traveling
From Cathy Reed Benge – Thank you, everyone, for the prayers and the encouragement and support! It’s 4:20 PM, and we are near Lebanon, Missouri. Moose is relaxed, lying down, but continues to look around to see what’s going on outside. He’s a perfect gentleman companion – he’s agreeable to whatever music I want to listen to, whatever book I have on tape, and wherever I want to stop is just fine with him! I think it will be very,” very difficult to leave him in Illinois!
Read all about it and see all the photos on www.facebook.com/EnidSPCA